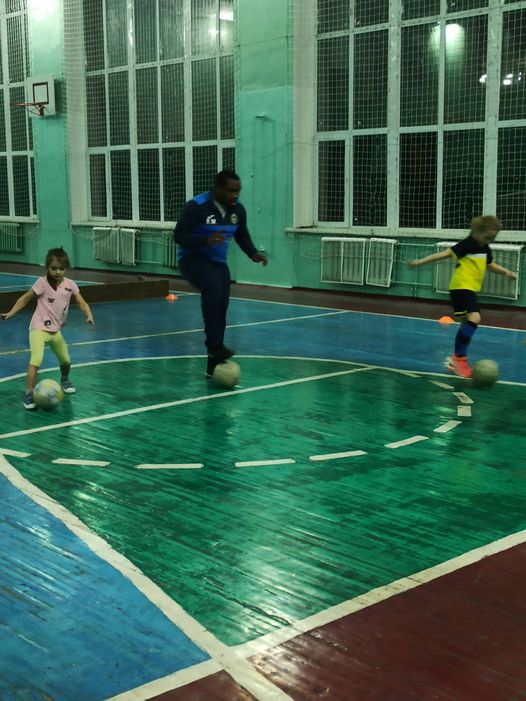 My coaching career started after my third year of college. At this time, I had no badges and coaching experiences. I was given an opportunity to coach at the local club and, I thought I would go straight to the U18 or help start an adult team. I was given a U4 team, to my disappointment. During this time, I was studying to complete my B.S in Psychology and one of my classes was childhood development. At that time, we were studying BF Skinner and his Operant conditioning chamber.
Skinner put a couple of mice in a special box where they had to find the cheese. The goal was that the mice had to navigate through an elaborate box to get the cheese and encourage behaviors. Then I started to think during class, and I imagined putting my players in a box, but they had to find the goal (instead of the cheese!). Later that night I started searching for a coaching philosophy that could work well with my ideas, and an hour later I found what I was looking for.
Zone of proximal development or ZPD is a learning theory. Lev Vygotsky developed the concept around 1924, and Vygotsky believed that learning is a more constant process. As Vygotsky states, “the distance between the actual developmental level as determined by independent problem solving and the level of potential development as determined through problem-solving under adult guidance, or in collaboration with more capable peers.” The keywords to pay attention to in this quote are guidance and collaboration.

According to the ZPD diagram and the quote, there are three components. First, the learner can perform the skill or newly learned knowledge. For, example the player has figured out a skill move without help. You show them and they do it right away or they do not request the help they figure it out themselves. Second, is with help from an adult or knowledgeable person. The role of the adult or knowledgeable person is not to dictate but assist the player according to their level of understanding. Another knowledgeable person can even place a player or parent who understands the technical skills etc. Encourage the stronger player to help and advise the weaker player on this task. There were a few times especially with the younger groups (U6 and under), I would have the parents be involved in training. The parents would hold the player’s hand or show the skill to the player. After studying the further, I discovered that theory was further developed by Jerome Bruner many years later after Vygotsky’s death. He adds the idea of Scaffolding.
Scaffolding is a process that is when aid is given by the educator to the student. I started looking for ways to apply the scaffolding approach to my academy players. If you are practicing type a special type of turn, so if a player shows they understand but just needs repetition, then you just allow the player to repeat the action with some advice. If the player does not fully understand the then slow it down. Show the exercise again. Run the movement without the ball, then add a ball.

There is a third zone where the learner cannot understand or perform the skill. Do not have to worry if the player does not understand that day but the following training you could help the player gain the knowledge. I grew up playing sports, and all I can remember is that each coach had their system or methodology, but I would argue especially, with players under 13 years of age dictate how should educate them in football. I gave them basic drills technical to complete and assist them when needed. The players were progressing well, but I was not happy with the lack of creativity. Then I went back to the Skinner’s box and Instead of scaffolding for aid what if I just did it to challenge my players. B.F. Skinner was a behavioral psychologist. His whole purpose of the box was to change the behavior of the mice. He thought punishment is another way of reinforcement. He would punish the mice if they did not complete the task. For example, we would play a game called a sleeping bear. So, I started creating games for them. I would combine playground games (tag, chasing game, Obstacle course / follow the leader, etc.…) with some technical ability drills. There will be a player in the other zone who is pretending to sleep. The players are told to dribble the ball with the outside of the foot until reach “bear” then they have turned and get back with the ball. If a player does not make it back before the player is tagged or lose control, they must do one lap around the grid game while practicing a different skill.

When we would play open games, I started adding zonal rules. For example, some zones would have a touch rule, combination, or even a skill move. I would layout field 30 x 20 and have two goals on each side. There would be two teams and throughout the field, I place random areas where if the places enter, they must practice a skill move on, and later it becomes one v one scenario. If they fail they lose the ball, and it goes to the other team. After this adjustment, the player’s creativity level exceeded their age group. Design making drastically improved along with creativity. Just like Skinner, ‘box it’ and these similar types of training tap into different forms of critical thinking.
Seven years later I have helped many players discover their potential. Everyone wants to coach Pogba, Ronaldinho, Messi, or Ronaldo but, our job is not to produce world-class players, your responsibility is to focus on making our players maximize their potential. When we give the players tools to succeed on and off the pitch, we all win.