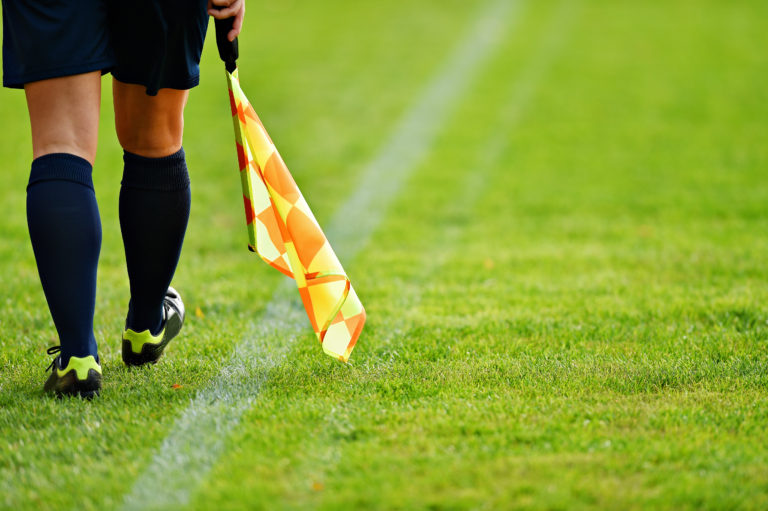 Graduated in Sports Coaching, with specialization in Football, at The Sport Sciences School of Rio Maior
Under-19s Assistant Coach and Sporting CP Women’s B Team

The following technical article aims to further study the articulation of the last defensive line. In addition to its relevance, a team that systematizes this type of behaviour in detail is much more closer to defensive efficiency. Organizing the principles in a collective, sectoral and individual way, for a later application in training, through exercises carried out in spaces identical to the playing field will facilitate the acquisition of the desired behaviours.

Realizing the unbreakable completeness of the football game becomes definitive, that is, taking into consideration the systemic perspective, the notion of “whole” is something fundamental, and as such, all the moments are highly connected, as well as the nature of their relationships prevent their separation, the authors suggest a transversal fractality to all moments of the game, and that the correct links between them, allows the success in the moment that is being experienced, but also a correct preparation of the subsequent moment. (Campos, 2008; Frade, 2019; Maciel, 2011; Moreno, 2010; Tamarit, 2007; Tobar 2018).

Having in mind what was suggested by the authors above, it is important to emphasize that all the articulation dynamics of the last defensive line contains in itself a complexity and a need for extremely vigorous detail. The introduction of the zone pressing, led the teams to defend the space and not the opponent directly (Giacobbe, 2018).

For this effective control of spaces, not only the depth is important but also the width becomes essential to control, and the defensive line has a key role in this type of movements (Fidalgo, 2017). For this same author, the reaction of only one sector to a given movement of the ball does not aim at an effective control of the depth, since in this way spaces will be created between sectors that will be easily leveraged by the opponent. Fidalgo (2017), reinforces the importance of a training that embraces a collective dynamic, and not only sectoral, as he supports that depth control is not only performed by the last defensive line and the goalkeeper, but also the mid and advanced line are particularly important at that moment.

Looking at the articulation of the last defensive line at the sectoral level, the reactions of the members to the triggers provided by the game must be similar. Clarifying the concept of bare ball and covered ball is essential.

According to the concept of bare ball, the last defensive line must remove depth, understood as sinking, however it is necessary to realize what effects this might have when the opponent does not intend to seek depth. According to Fidalgo (2019), the concept of bare ball is important, but it is not enough. For the author, the body reading of the opponent, showing or not the intention to launch to depth, must be the “common” trigger that the defensive sector must take in order to react to an eventual attempt to explore depth.

As we can see in the image above, even if the ball carrier is not pressured, in other words, without an opponent player close enough to affect the action of the defender, the defensive sector indicated, does not feel the need to sink and thus create a space between the medium sector and the defensive sector that could possibly be used by the opposing team.

Covered ball means game situations, where the ball is under pressure or game situations, where the opponent and the ball carrier is not suited to go for the goal to be defended. With the existence of this type of triggers, the defensive sector must choose movements to approach the midfield line, which are understood as shorten, let us see a clear example in the following image:

Giacobbe (2018), also reinforces the idea that the shortening movements serve not only to take the opponent further and further back, but also to decrease the useful game space to the opponent. To these two moments of ball under pressure, it is possible to add two more, which also aim at a shortening of the defensive sector, they are moments where there is a delayed pass and moments where the ball carrier leads the ball towards his goal.

As it is possible to observe, after passing backwards, the indicated defensive sector seeks to shorten the space and reduce the useful game space of the opponent. In the same line of thought, Almeida (2014), states that the team (as a whole) must react to clearly identified triggers (delayed pass, ball under pressure, or opponent with their backs turned to the goal that they want to defend).

When the ball is within the reach of the players who are part of the defensive sector, spatial references take on special importance (Carvalhal, 2014). As the author refers, positional rigor is extremely important for a correct rationalization of the playing space and an efficient defense of that same space. However, the existence of spatial references for positioning the width and depth of the defensive sector is equally important, even when the ball is not within its immediate reach.

In the set of images below it is possible to compare both the situations, one where coverage is given to the player in dispute and another where it is no longer the case.

Supporting what was shown above, Almeida (2014), refers that the game model used by Prof. Jesualdo Ferreira contemplates a spatial division of the team in defensive organization, where the protection of the central corridor takes on particular importance and as such, the spatial references given to the defensive line, converge in the same direction as the indications given by Lage (2017).

Coming to the individual chapter, the importance that the positioning of the players in the last defensive line and the way they perform their movements become a key aspect for an efficient depth control.

According to (Almeida, 2014; Fidalgo 2017, 2019; Giacobbe, 2018), and taking Prof. Jesualdo Ferreira as a reference at the time, the players in the defensive line must adopt a lateral position, lateral supports, and should never adopt a position where the supports are fixed from the front. The same author supports this statement saying that in this way the players are better prepared to move to the depth, both towards the goal they defend and towards the opposite goal.

In addition to the supports being directed in lateral ways (oriented supports), the orientation of the player’s visual field is extremely important, and this must be directed at the ball at any time since this way it’s visualization is facilitated thus as a possible anticipation of its subsequent trajectory. When the support of the players in the defensive sector are directed at the opposing player, seconds are lost in body rotations that can prevent an interception of the ball’s trajectory.

Clearly and even resulting in a goal conceded, the sequence of images below reinforces the importance of orienting the supports to the ball.

In order to develop the skills of a team in this chapter, it is extremely important that the coach in a first instance systematizes the behaviors he intends to observe in his team and especially in the way his defensive line should articulate. For this, a strict spatial reference for each player of the last defensive line must always be taken into consideration and according to the position of the ball.

The creation of a common parlance between the technical staff and the players allows not only an identical language but also facilitates a correction intervention in training and playing situations, in other words, for any type of movement, the coach must have keywords that simplify his intervention. This type of communication must also be carried out between players, being the goalkeeper and a possible element that constitutes the defensive line important parts in intra and inter sector communication.

Complementary exercises exclusively with the last defensive line and marked by many corrections might be beneficial for the acquisition of the intended behaviours. These exercises should also be performed in spaces similar to the playing field, oriented according to the goal. The marks of the field are also important for the definition of spatial references.