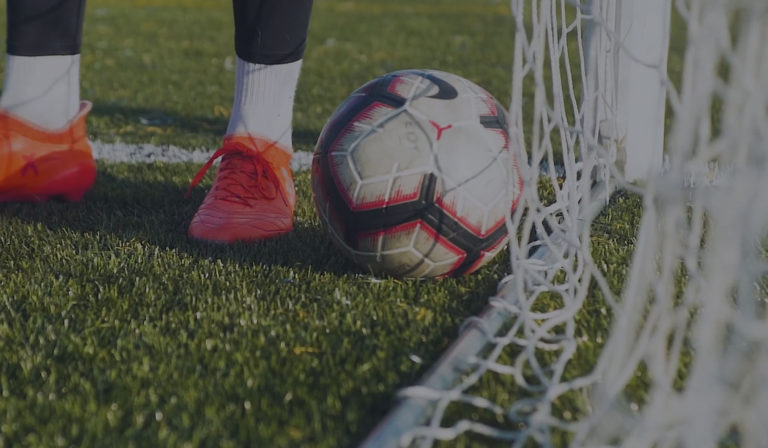 Nowadays we see many football players playing about 60 games per season, meaning a greater demand to maintain a competitive level throughout the season.

With that in mind we must be aware of the beginning of fatigue symptoms, looking for collective recovery strategies, but never neglecting the individual needs. Better physically prepared players will be more capable of maintaining and often increase the intensity of the game, which can make a huge difference between winning and losing.

Body of the article

During the 2015/16 season, Chilean Alexis Sanchez played a total of 52 games for club and country, Ozil played 55 games for Arsenal, the Argentinian Lionel Messi played 56 games and the Portuguese, Cristiano Ronaldo, played a total of 61 games scoring 57 goals. With such a competitive schedule, averaging almost two games per week, we must prioritise the recovery, not neglecting, obviously, the growth and maintenance of the physical condition before and during the competitive period.

However, with the accumulation of playing time and after a few months of intensive training, it is natural that the feeling of tiredness starts to appear, not only to the players but also to the coaches themselves.

Usually, players refer to fatigue as tiredness which is brewing up in the body. According to Meeusen, et al. (2006), the fatigue can be described as the inability to maintain a certain intensity or a power level of an exercise.

According to a study by Bradley, et al. (2009), the average recovery time between high-intensity actions is 72 seconds, however, that time can raise up to 28% during the last 15 minutes of the game in comparison with the first 15 (83±26s vs 65±20s). For example, when we analyze the performance of our midfielders during the game we see that the response time between intense actions almost doubles in the second half (“break”) and the number of that same intense actions decreases significantly as we approach the final whistle. Nédélec et al. (2012) also tell us that there is a significant impact on the player’s recovery capacity, immediately after a more intense period, mainly the second half.

According to Bradley & Noakes (2013), the performance drop of the high intensity run after a more intense period of 5 minutes is about 8%. A study by Bradley et al. (2009) showed that the players who ran greater distances, at different intensities, in the first half, dropped significantly their performance in the second. While those who ran fewer distances in the first half, at those same intensities, didn’t drop their performance, in some cases even increased the distance they ran in the second half.

When comparing footballers with different levels of performance, we find that the top players, those who play in the best clubs, run greater total distances and at a higher intensity.

However, as evidenced by the studies by Rampinini et al. (2007) and Mohr et al. (2003), there is an increase in physical performance throughout the competitive season, the total distance in high intensity covered during the games, which vary throughout the season reach higher values towards the end.

In the case of the study by Rampinini et al. (2007) the results show, in the comparison of the pre-season to the end of the competitive season, an increase of 2.9%, 11.5% and 20.2% in the total distance (10617m vs 10921m) running in high intensity (2456m vs 2738m) and in very high intensity (813m vs 977m), respectively. In addition to the significant increase in the total distance covered since the beginning of the season, a significant increase of higher intensity runs was also observed, during the second half of the competitive season. There are several factors that can contribute to this improvement, but, without a doubt, the physical adaptation that the player will have throughout the season in training and the very demands of the game will be the main ones.

In our case, that we observe a professional team from the main portuguese league, the results were identical, in relation to the total distance, there was an increase of 2.3% in the comparison of the beginning to the end of the competitive season (9887 vs 10113m), but in relation to the high intensity run we had no change in the average and even had a slight decrease in the sprint distance. There is an explanation for these results, which had a lot to do with the players’ changes throughout the season, either because they left in the transfer market, either due to injuries or tactical choices. Therefore, the game model changed according the players that were available, their characteristics and the opponents that we were facing. Beside this obvious explanations, for those who know and are permanently accompanying a team, we then have other more elaborate aspects that can change the averages found in the sprint values such as the goal celebrations that happened almost twice more in the first round than in the second.

The strategy to delay the appearance of fatigue, in our opinion, begins with good planning and periodization of training, as well as the load-rest relationship. Associated with this we know that a better physical condition will allow a safer approach to any more intense cycle of training and the players will be more capable of maintaining and often increase the intensity of the game, which can make a huge difference between winning and losing.

We must be aware to the beginning of fatigue symptoms, through the data that we collect from training and games, which allow us to measure the internal and external loads of the players, such as heart rate, the application of subjective perception of effort and recovery scales, to which we must add the data we receive from the GPS, such as total distance, sprint distance and high intensity, accelerations and decelerations. On the other hand, we can perform some physical tests that evaluate speed, explosive strength and intermittent resistance and, therefore, learn if the players are still fatigued or already fully recovered.

Nowadays, we have numerous means to help recover players, such as contrast baths, cryotherapy, anti-inflammatory medication, stretching and mobility, ultrasound, homoeopathy, electrostimulation, compression clothes, moderate-intensity exercises (active recovery), hyperbaric oxygenation, vibration therapy and massage, etc. However, the use of some of this methods is questionable since, in some cases, scientific evidence apparently doesn’t have great advantages and may, in one case or another, depending on the context, even be harmful.

We should have collective recovery strategies, but never neglecting the individual needs, as we are talking about players with different ages, specific positions and different experiences, therefore with different recovery levels.

It is up to us, physical trainers, with the help of Science and Practice, to create strategies so that the fatigue arrives as late as possible and the recovery, between intense activities, is done as quick as possible. The recovery strategies, after the game, pass, in our opinion, for the cool down (active recovery) using bicycles to remove the body weight, for the rehydration, being not advisable the intake of alcoholic beverages and coffee (caffeine), for the protein rebuild, so supplementation and food are important to restore energy levels (through the ingestion of carbohydrates and proteins, to assist in muscle rebuild due to the damage caused by mechanical actions during the game), immersion in cold water (cryotherapy), in order to reduce the inflammatory process and the subjective perception of muscle pain, myofascial release and the use of vibrating pistols, in order to relax and reorganize the muscle fibres, the use of compression socks (in our case they are also important, as the team spends a lot of time travelling by bus and plane) to improve blood circulation and comfort, reducing the delayed sensation of pain, and, finally, rest, because there is nothing better than restful and healing sleep.