How to develop “Smart soccer players”? 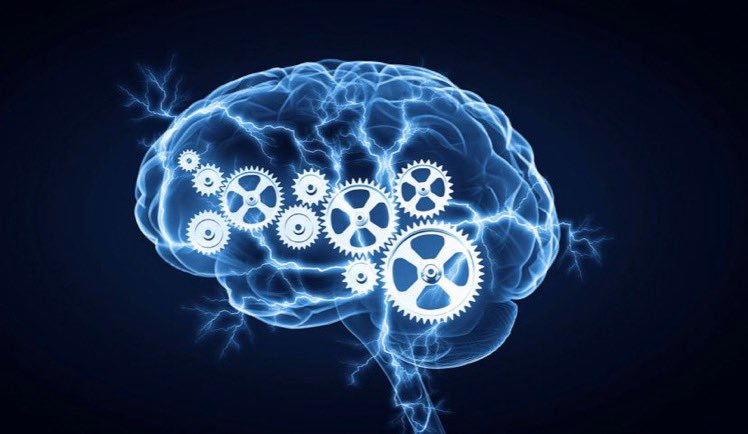 Since I created the Facebook page Canadian Soccer Coaches Network, very often coaches ask me about Unopposed vs Opposed exercises, how can they help develop “smarter players”?

First of all (on a very simple way), I will simplify the concept of Soccer IQ in 3 sub-concepts: Awareness, Decision-making and Space-time.

Awareness – Reading the game is advantageous on and off the ball. By watching closely, defenders can anticipate what attackers are going to do. For example, if an attacking player is winding up, defenders should anticipate a long pass. In addition, by reading the game defenders can pick up cues such as when to pressure and when to stay back. If an offensive player has the ball and is facing their own goal, that is a great time to apply pressure because they can’t play forward, for instance. Using peripheral vision (Scanning) to identify (get information) about teammates and opponents position, keep players a step ahead to become Proactive instead of Pro-reactive.

Decision-making – There’s 2 categories of actions in soccer that require decision-making, what to do when you have the ball, and when you don’t.

When in ball possession, like I mentioned before Awareness can simplify your decision-making, since you are always identifying where are your teammates and opponents, that will help you deciding what are you going to do when you get the ball (dribble, pass or shoot).

When you don’t have the ball, you need to decide (according with the principles of the team, and the moments of the game), when to apply pressure, make the run, hold position or support offensively. According with statistics, during a game of 90 minutes, players are off the ball during 97.3% of the game. It’s very important that players nowadays understand what the team needs from them when he’s off the ball.

Space-time – Constantly move on offense to find space and passing angles to support their teammates. On defense, they shift and move to take away space from their opponents. The best players always put themselves in positions to succeed.

Players need to understand, when to be on the right place at the right time.

To be in the right place at the right time, timing is everything. Making a run into space at precisely the right moment gives a forward a huge advantage over a defender. Regardless of a players speed or physical capabilities, the player with the better instincts will usually get a head start. Soccer is a game that is all about space.
The more space a team can find on offense, the more time players will have on the ball.
All this topics are mentioned on this interview with Pep Guardiola and Xavi Hernandez https://youtu.be/B6SMwSGtl9U

After simplifying Soccer IQ, it’s important to understand how can we (coaches and our methodology) help the players developing Soccer IQ.
Personally, I like to use SSG (Small Side Games) and MSG (Medium Side Games), where we recreate a “Zoom in” from a game situation and we transfer it to a exercise, using a Non-linear Repetition Non-repetitive approach.

Non-Linear Pedagogy, also known as NLP, it’s a teaching-learning perspective created to associate the questions, “What? When? How? Why?” into a certain conditions (player, task, environment, etc…).
Helping developing the technical skills of the player, in a tactical environment (SSG’s and MSG’s), will improve the skill transfer to real game situations, and consequently improve the quality of decision making and reducing the time necessary to make them.

“Specifically, in soccer, which is a sport of open motor skills, the game conditions (game principles, number of players, level of opposition, space, goal, time and rules of the game) become even more relevant because the modification of some of these conditions will allow players to adapt their actions to a changing environment, as it is common in real game scenarios (Passos et al., 2008). Also, the representativeness of these games in the context of training will allow a greater transfer of skills to competition matches (Renshaw et al., 2009). Therefore, as soccer can be understood as a dynamic system in which athletes must select responses, the analysis must not only be of technical variables, but also of tactical variables such as decision-making (Davids et al., 2013).”

Repetition Non-repetitive approach also known as Repetition as Interation, it may sound like nonsense, but it’s a repetition of the same principle of the game without repeating it. Recreating a real game scenario (SSG’s or MSG’s) where working the same scenario players need to be aware of different opinions,but the “information” is always changing. The same exercise is repeated over and over again, but always with different environment (different position of teammates, opponents, ball position, zone in the field, points of pressure, constraints, etc) a good example is a Dynamic Rondo like this one.

The ordinary person does not need to distinguish between various types of repetition, and is probably unfamiliar with the word interation, but it is used here because it actually has the appropriate meaning for this kind of repetition. Another more familiar word is probably reiterate which of course means to interate again. When we reiterate, what we do is, provide a second or third chance for the listener to learn something more by saying what we said previously.

Elsewhere in this site, the problems caused by using repetition to force a message into people’s heads, has already been argued. However, from the above information, it should be clear that not all repetition is harmful in this way.

The kind of repetition that is chosen by young children in their learning, is also a special kind of repetition that this site emphasizes is more properly called interation. This kind of learning is essential in children’s learning process. Clearly also this interation is also not harmful for adults either, and it is often used by adults without them being aware of it.

All such activity, is using repeated viewing or hearing to absorb new and interesting information that was missed the first time through an interation. Each viewing or hearing, each time through, can be seen as an interation that allows an experience that is quite different each time.
The critical matter here is focus and choice. If we choose to go over something more than once, in order to learn, we are clearly learning something new each time. If we are forcibly exposed to something more than once it may be harmful to us. Forced repetition, likely induces boredom which can cause our minds to unfocus, and build unpleasant associations with the information or subject domain. The only escape may be falling asleep.”

When planning the sessions is important to keep as much real game situation as possible, that will keep the players engaged and cognitive active for the entire session, also very important to be related with our game model for better tactical understanding and skill transfer, like you can see in this example https://youtu.be/FRkoz2LsnLs

“What we have discovered is that a key factor for an effective transfer from the training environment to reality is that the training program ensures ‘Cognitive Fidelity’, this is, it should faithfully represent the mental demands that happen in the real world.” – Professor Daniel Gopher

According with Todd Beane (co-founder of TOVO institute), the learning process in soccer is split in 5 concepts:

“Perception is the ability to scan one’s environment and filter to the most relevant data.

Conception is the envisioning of possibilities within that environment. A Decision is for the player to make in real time.

Deception is to send misleading data to the opponents engaged in their own perceptive process.

Execution is to pass, to shoot, and to dribble with technical precision.

Assess is to evaluate the efficacy of the action taken and to loop back into perception.”

When using unopposed exercises, we are improving the technique of the EXECUTION, but we are NOT working any of the other 4 concepts of the learning process in soccer.
Professional players average 47 possessions per game, with 2 touches each possession. Around 90 touches (94) per 90 min match.

At youth ages, games have less time and coaches can perform more substitutions (usually players don’t play the entire match), their average number of possessions and touches per match is probably on the order of 20 and 40.

This stresses the importance of training sessions to develop technical skills. Small-sided games offer players many touches, accomplished at varying pace and under varying levels of space or pressure. Certainly more than a few dozen touches are executed during a typical training session.

I’m not against unopposed exercises, but personally I don’t like to use them. Even when I introduce a new exercise to my players, I prefer (in the beginning) introduce “passive defenders” or less defenders, and during the exercise according with the challenge level and success rate introduce more defenders or turn the defenders into “active defenders”, like that I increase the challenge, and the whole cognitive process needs to improve also.

Realistically, during the game we don’t “pass the ball in circles, or pass and follow the pass”.

Our job as coaches is to “teach the game”, for players/students, learn, understand and simplify the process of the decision making, improving the Soccer IQ.

(This article is based on my experience and opinion. It doesn’t mean that every coach needs to use this methodology)